“Maurepas High School’s Digital Media Class leads the parish with their live morning news broadcast, ‘Maurepas Live.’ When the idea to install TVs around the school was introduced, "we knew it was a perfect way to ensure that the student body had access,” said team members. Maurepas local, Patricia Basco, stated that, “Maurepas School is known for giving back to its students and the surrounding community, so we wanted to use this opportunity to give a little something back to the school,”

Each year, Leadership Livingston class members are challenged to identify a community need to better Livingston Parish. The team wanted a project that would last long after graduation, that they could be proud of for years to come. The groups then submit a project proposal which includes a plan on how they will implement, fund, and complete the project. Group members are Alli Castle, Patricia Basco, Brandon Browning, Karen Pitre, Kristi Ladut, Sean Root, and Bill Smith. 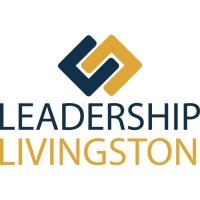