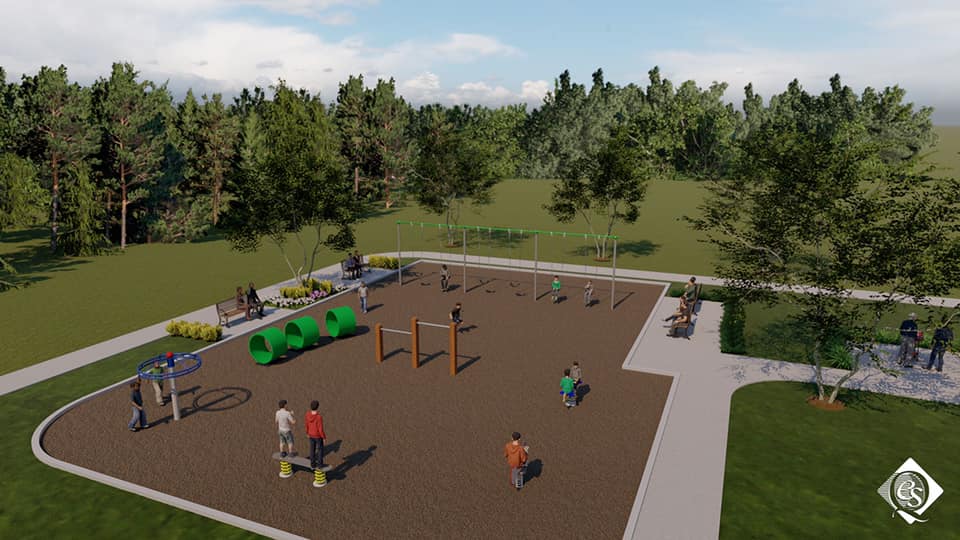 HUGE IMPACT FOR FRENCH SETTLEMENT COMMUNITY
It's been decades since a project of this magnitude has been adopted in the southern part of Livingston Parish. With a financial impact of over $40,000 and the potential to serve thousands of family members, this project takes French Settlement to a new era.

SOMETHING MISSING
A group of business leaders who were part of Leadership Livingston's Class of 2020, several of which are from, or currently live in French Settlement, realized there was something missing from the community - a playground for the children of French Settlement. This group wanted to make an impact where no previous class had before and decided French Settlement was a perfect place to start. After several meetings with the past and present Mayors, and working with the Landscape Architecture department at Quality Engineering, a cost-effective design was developed to fit the vision of the group.

LEADING THE PROJECT
The project group members are Jeremy Aydell, Sport Clips; Chasity Chauvin, French Settlement Elementary; Jeanette Clark; Vanissa Murphy, Quality Engineering & Surveying, LLC; Todd Price, Holmes Building Materials; Joel Stern, Our Lady of the Lake RMC; and Sandy Teal, Livingston Parish Council. The group is excited to see this project through, although plans are temporarily on hold due to COVID-19. But soon the children of French Settlement and the surrounding areas will have a safe and beautiful playground.