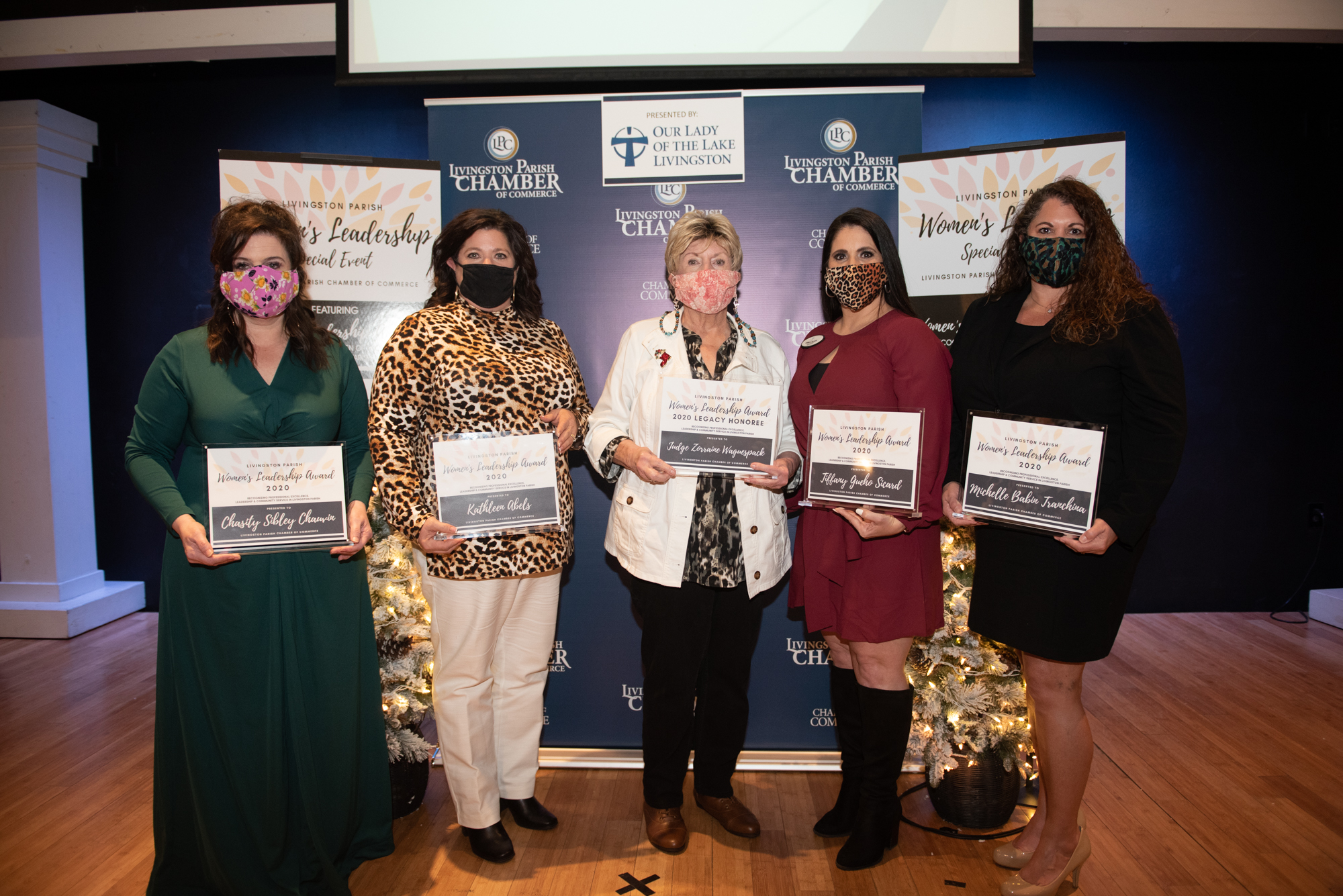 The Awards were presented to five women who live, work and/or volunteer in Livingston Parish and have exhibited excellence in their area of expertise and paved the way for the success of other women. Each of the recipients took a few minutes to tell the audience about the challenges they have faced and the events that have led them into being the leaders they are today. The Livingston Parish Chamber is proud to be able to honor these leading women.

Kathleen Abels – CEO, TARC
Abels has been in her current position for over 11 years. As CEO for TARC, she has participated in many events to inform the community of services that are available for individuals with disabilities and their families. She speaks at many leadership conferences to discuss her role as a single mother of a child with a disability in hopes of inspiring other women. Abels has also served as Alderman for the Town of Killian, the Mayor of Killian and now, she serves as the first female elected Constable of Killian.

Tiffany Gueho Sicard – HomeKey Mortgage
Sicard has faced many challenges to get to where she is today. Being a single mother of two never stopped her from achieving her dreams. The Flood of 2016 may have gotten in the way but, while trying to rebuild, a national mortgage company reached out to her to open her own branch, and the rest was history. HomeKey Mortgage was established, and she now co-owns and operates two full mortgage lending branches.

Sicard’s community involvement includes funding and creating the Buddy Benches, volunteering with the Annual Walker City Police Uniform Drive, being a part of the Drainage Initiative, The Chamber’s Litter Initiative and much more. She also serves on the Leadership Livingston Alumni Council.

Michelle Babin Tranchina – St. Michel Day Spa
A spa owner and licensed massage therapist for 20 years, Tranchina says being a business owner was never a dream of hers but now she has a successful business with a staff of 20. Her business has received many awards for its great success. Besides being a woman business owner, she loves giving back to her community.

Tranchina helped start the Full Tummy Project and has helped plan the Blanket Drive for The Council on Aging. She and her daughters have delivered over 100 food bags to French Settlement Elementary and Maurepas School for over five years, and she also serves on the Leadership Livingston Alumni Council.

Chasity Sibley Chauvin – Livingston Parish School System
Being in her position for 17 years, Chauvin has made such an impact to those around her. After three years of being an educator, she was chosen to be the French Settlement Elementary School’s educator that would mentor all first-year teachers. She was also nominated to be the only educator at her school to mentor Southeastern Louisiana University’s student teachers.

Chauvin and her Leadership Livingston group are working to build a playground in French Settlement. She volunteers at the Council on Aging, The Foster Village, Mighty Moms, and the Registrar of Voters Office. She is currently writing a book titled “Teaching our Children to Be Givers” and will hopefully have it finished by next year.

Zorraine M. “Zoey” Waguespack - Retired 21st Judicial District Court Judge
Legacy Award Honoree
Waguespack was the Division H Judge of the 21st Judicial District in Louisiana. She was first elected to this position on November 2, 1998, and she retired on December 31, 2014. Ever since she was in 6th grade, she knew she wanted to be a lawyer. When her youngest began driving, she went to law school – at the age of 45. Circumstances in her life took her off course for a bit – 23 years to be exact – but that did not stop her drive.  She finished law school as valedictorian.

Waguespack began her career as law clerk, first for the Louisiana Legislature and then for the 1st Circuit Court of Appeal. She later practiced as an attorney for the Livingston/Denham Springs Mortgage Housing Authority and for the Livingston Activity Center. She also worked as a partner of the Waguespack and Ott Law Firm and spent ten years as a magistrate judge for the Town of Walker. In 1998, she was elected to the district court, where she presided over the Livingston Parish Drug Court. 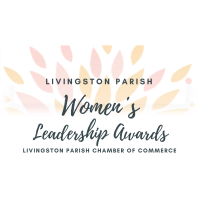