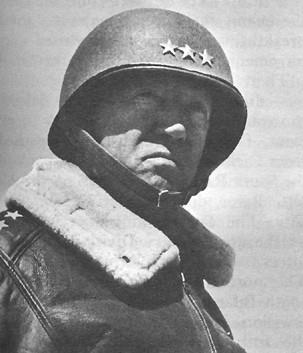 Last week I watched a movie on General Patton, and it brought back memories of reading about his views on leadership. It's not surprising he was an inspirational leader, his job required that. The amazing thing about his thoughts on leadership was that he penned them as a cadet at West Point, long before he had led battalions.
Strength of Character
Let's start with "Strength of Character." Leadership is not about winning. It's about being right-morally, ethically, spiritually, and that means of course, that we must be leaders with bold, strong principles.
Sam Walton who founded Walmart was a bold leader who said that great leaders swim upstream, go the other way.  Ignore the conventional wisdom.  He went on to say that you can find your niche by going in exactly the opposite direction-but be prepared for a lot of folks to wave you down and tell you you're headed the wrong way. That was what drove Sam Walton to build the largest retail store in the world.  He always went the opposite of his competition. Sam Walton had strong principles, and he was a truly spiritual man.
Steadiness of Purpose
As a business leader you must have a "steadiness of purpose and be boldly committed. England's Former Prime Minister, Margaret Thatcher, also known as the "Iron Lady," is a great example of this leadership principle. She said, "Speak up! Be bold and fearless about asserting your principles.  Use information, instinct, and intuition to foresee problems and crises before anyone else does."
It doesn't matter if you are a General, a Prime Minister or a retail giant, the rules are all the same for leadership.  Be committed to your goals and your team, don't be afraid to step out of the box.
Are you going to make mistakes? Probably, but you learn from your mistakes. Sam Walton lost his first store because he didn't have a long term lease, but he didn't give up, and you all know what happened next. Walmart was born!
Acceptance of Responsibility
Be boldly accountable. Back in February 2001 the nuclear attack submarine USS Greenville surfaced and collided with a Japanese fishing trawler.  It sank quickly and nine people died. The captain of the Greenville stood before a military court and said, "I accept full responsibility and accountability for the actions of the crew."
Initially, it sounded like the captain was taking full responsibility, but later he went on to blame the officer of the deck for inadequate precautions during the surfacing maneuver. He said, "I did not micromanage my crew. I empowered them to do their jobs."
But delegate does not mean abdicate. Although a leader empowers others to get the job done, the leader is still fully responsible and accountable for the results.
I remember when I was with Walmart, we had many rules for selling guns.  One of those was proper inventory of the guns, and if one came up missing the store manager was held responsible. I couldn't blame my managers, because it was my responsibility.
If my managers tried to blame their subordinates for something that they were responsible for, we would have a talk about responsibilities. I would remind them as leaders that is our job to take full responsibility when something goes wrong.
Energy
Be boldly vigorous. It is not enough to be mentally, morally, and spiritually committed to your bold course of action. You must also commit every ounce of energy to ensuring that your course of action succeeds.
You should always enter your building with a positive attitude and smiling. Energy is contagious. If you live boldly, people around you will be emboldened. If you have confidence in yourself, people around you will be confident. If you display energy and enthusiasm, you will inspire energy and enthusiasm in others.
Look at all the motivational speakers out there. Look at how they come on the stage, smiling, full of energy.  I always look forward to the launch of Apple products, because the launch is always upbeat, lots of energy, and it leads to great sales for Apple.
So next tomorrow, be full of energy, enthusiasm, smiling, and giving words of encouragement to your team. Then leave us a comment and let us know how your team reacts. I know they will start doing the same thing!
- - - - - - - - - - - - - - - - - - - - - - - - - - - - - -
Ron Orris is the Executive Director of the  Bradford Chamber of Commerce, where he has led the chamber in its adoption of social media and is a strong proponent for blogging as a way to reach your audience. He has also served as the city controller for the City of Bradford and as a store manager for Walmart, a position he values as teaching him a lot about customer service.