Mrs. Walker was proud to receive the award and noted that she had been recognized in the music and art  industry for her work and contributions, but this was the first time she was acknowledged with a community award.  Regina Walker received her Bachelor of Music Education and Master of Piano degrees from LSU.  She has been acknowledged as the Governor’s Lifetime Achievement in the Arts Award, Arts Council of Denham Springs Hall of Fame and Baton Rouge Music Teachers Association Educator of the Year.

At the presentation on September 13 with 175 attending the event, when asked if she would like to say a few words, she stated, “Well, you know I do!”  She graciously accepted the award and acknowledged the collaborations to bring the current success of the choirs.  Always on, she also let the crowd know of upcoming performances.

In a follow up interview with Mrs. Walker held at the Chamber office, her passion for the choirs and love of music was revealed.  Regina and her husband, Ed, lived on an Apache Indian reservation in San Carlos, Arizona, for two years.  Their first child was born on the reservation.

At the persuasion of their parents, the family moved back to Denham Springs.  Regina’s father owned an airplane and actually flew to Arizona to convince them to come home.  Regina recalls her father taught her to fly at the age of fifteen when the landing strip was a cow pasture.   She did complete her pilot licensing requirements in Baton Rouge.

In 1959, she started teaching piano plus started a girls choir.  She convinced what is now known as PARDSs to purchase the equipment to begin a boys choir.  Boys between the second grade up to the time when their voices change auditioned for the choir.  Her charter choir had forty boys including former Denham Springs mayor, Jimmy Durbin and current Supreme Court Judge Jeff Hughes.

The boys initial performance was in Biloxi for the Kiwanis Club where the president of the international club happened to be in attendance and invited the choir to perform for the International Kiwanis Convention in Atlantic City in 1963.

At the prompting of her daughter, the Livingston Parish Children’s Choirs was formed.  The choir performed in Washington DC., Austria and England to name a few locations.  One of the most memorable to a group of veterans in DC who stood with tears during patriotic ensembles.  She recalls the emotion of those in the room and how that likely left a patriotic impression on the students.

When asked how many students she has taught she states’ “you know, I do  not know” but recalls when there were several choirs at one time.  Typically there are one hundred students.  Many of her former students fondly recall their time in the choir.  Each year the choirs offer exceptional performances resulting in acknowledgement at the state level.

Her daughter Barbara is the primary instructor today.  Mrs. Regina does attend performances and also assists in ticket sales and sponsorships, and her passion for the choir does exuberate.  States LPCC board president, Shannon Bernard, " We are thrilled to see Mrs. Regina recognized for her leadership.  She has had an impact on many in our parish and is deserving of this honor.  She was surprised to receive the award making it an even more impactful acknowledgement."

April Wehrs, president of the Livingston Parish Chamber, states that “the work and positive recognition that has been brought to the area by Mrs. Regina Walker made her an excellent choice for the award.  We were proud to announce her as the winner and to acknowledge her life’s love of music, Denham Springs, Livingston Parish and the state. “

For more information on the Women’s Leadership Award for Livingston Parish, please contact the Chamber at 225-665-8155. 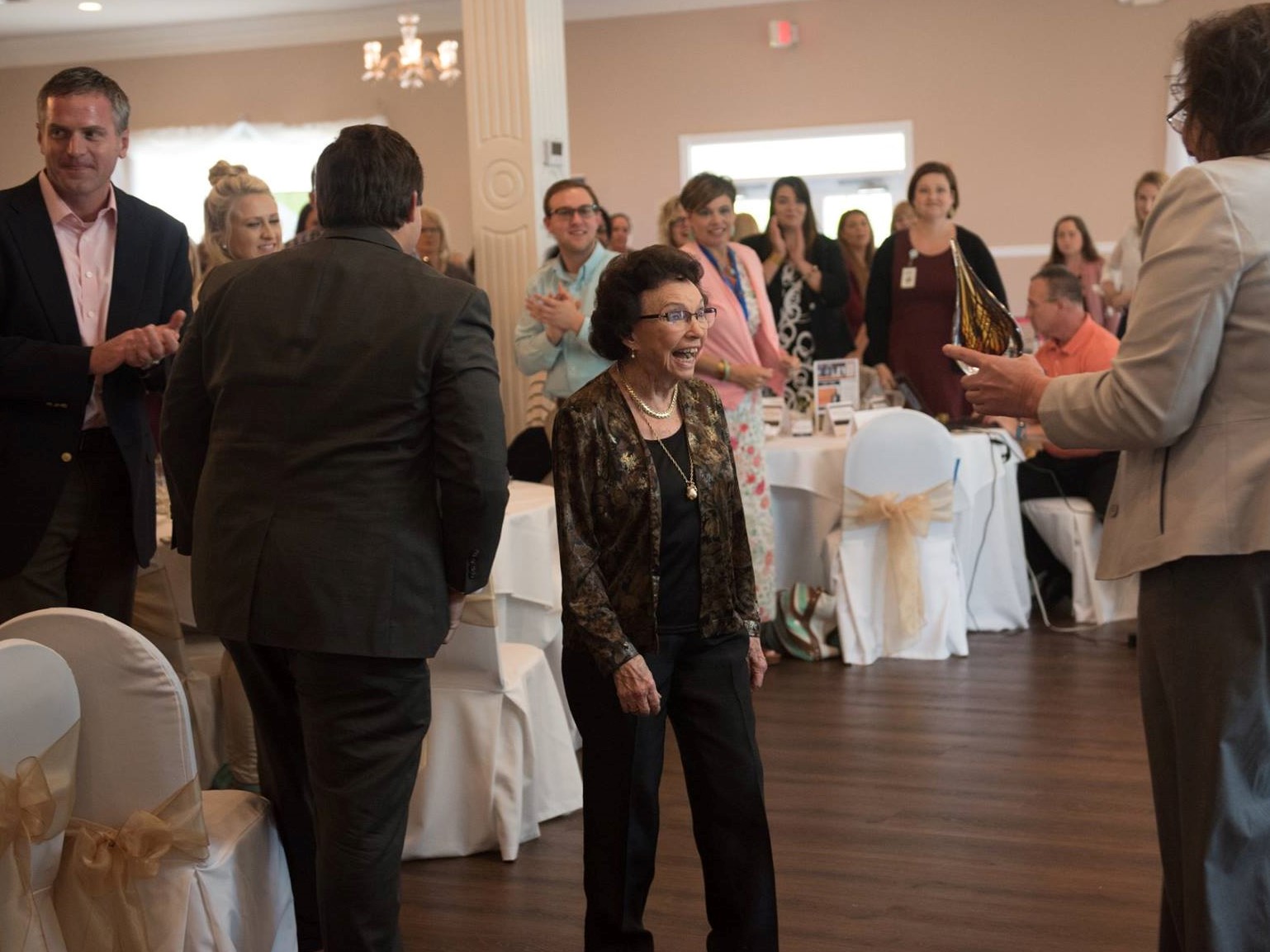 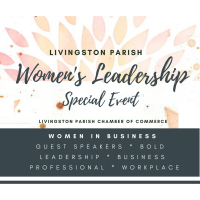