LIVINGSTON, La. (For Immediate Release, Nov. 8, 2017) – The Livingston Parish Airport District announced today that it has acquired more than 242 acres near the Satsuma Exit at Interstate 12 to locate a new general aviation airport, Livingston Executive Airport.  At the same time, the district announced it has contracted with the aviation engineering consulting firm Michael Baker International to develop the airport and, in conjunction with GEC of Baton Rouge, assist with securing Federal Aviation Administration funding for the site.

The district acquired the land at the proposed airport site through an act of donation from the Garry Lewis family. The Lewis family owns a large portion of property and investments along the Satsuma Exit at Interstate 12, including the Suma Crossing mixed-use development that encompasses several apartments and townhomes, retail stores and the Suma Hall Community Center. The portion of Lewis’ property that has been given to the district for constructing the airport is located south of Interstate 12.  “We are happy to support the aviation needs of Livingston Parish and the Greater Baton Rouge area,” Garry Lewis said. “This investment will help to better serve medical emergencies, security needs and local business interests in this community and region.”

Livingston Parish Airport District Chairwoman Delia Taylor said plans for the new general aviation airport include a 5,000-foot runway, a flight service station, airplane hangars and a fuel station. Runway and taxiway lighting and navigation aids will also be installed.  “This airport will serve a tremendous need in our local aviation community. It also promises to be a valuable economic development resource for our parish,” Taylor said. “Numerous studies have shown compelling evidence that airport activity provides immediate and long-term economic benefits to the region.”

Taylor thanked Livingston Parish President Layton Ricks, the Livingston Parish Council, and the parish’s state legislative delegation for their cooperation and support of the project.  She noted that the project first got underway in 2010 when the parish hired the LJC Planning & Design firm, managed by consultant Lucien Cutrera, to conduct a feasibility study, make a site selection and develop a master plan for a general aviation airport. “It has taken the unrelenting efforts of many leaders and visionaries to get us to this day,” Taylor said. “We would not be able to announce the start of this exciting project if it were not for the generosity of the Lewis family and the collaborative efforts of our board members and parish leaders.”

“Michael Baker International is honored to design the Livingston Executive Airport as it is a testament to the strength of the people of Livingston Parish as they continue to recover from adversity,” said Michael Hixson, P.E., aviation operations manager in Michael Baker’s Baton Rouge office. “The growth of this green field airport demonstrates how ‘We Make a Difference’ in the communities we serve to help the region prosper and better serve the private and corporate clients.”

Taylor said the district’s first task will be to work with Michael Baker International to conduct an environmental assessment of the 242 acres and to prepare a preliminary design layout for the property. All work must pass the scrutiny of the FAA and U.S. Corps of Engineers before the land can be cleared and prepped for infrastructure improvements. Taylor said the Livingston Parish Airport District hopes to announce a construction timeline for the new airport after receiving the required approval from state and federal governing agencies. 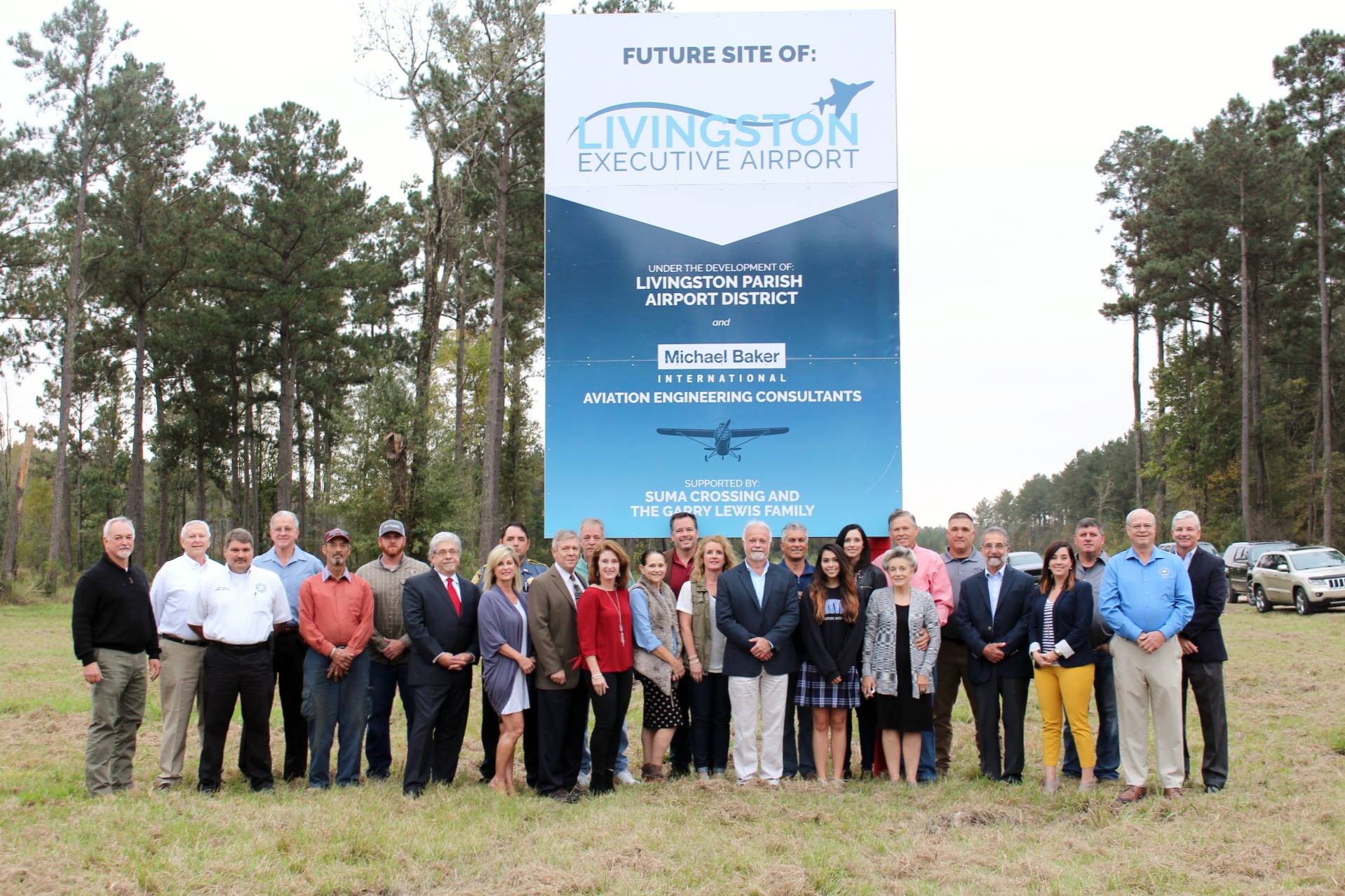